Unfortunately, all too frequently, senior citizens are targeted to become victims of fraud. The are many reasons for this, including that many senior citizens are looking to boost their "nest eggs." This makes them particularly vulnerable to telemarketing fraud, auction fraud and advance fee scams. Another reason they are targeted is that they have well established credit histories (desirable to identity thieves) and have more liquid assets (access to cash) than other members of society.

The people, who prey on our grandparents, are in my opinion, the worst of the worst and deserve to be sought out (aggressively) and punished by the harshest means possible.

There are a lot of resources for our elder citizens and I thought I would take some time and put them together in the spirit of providing resources that inspire awareness. The National Center on Elder Abuse (NCEA) is a very informative site and has a lot of resources to protect senior citizens.

On this site is a great link to report suspected abuse:

"If you suspect elder abuse, or are concerned about the well-being or safety of an older person, report it. Don't hesitate, don't make excuses. Call your state abuse hotline immediately. Click here for State Elder Abuse Hotlines."

Protecting those who have worked hard all their lives to build what we have today is a noble cause and in my opinion, our duty.

The AARP (also) seems to be very active in the fraud prevention (awareness) field and has an excellent page, which can be viewed by clicking on the title of this post.
Posted by Ed Dickson at 4:24 PM No comments: 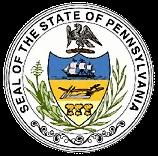 In the past week, I have been focusing on efforts by politicians to take a bite out of the fraud crisis. The State of Pennsylvania recently put up a website to protect it's citizens from becoming statistics.

Below is a press release, directly from the Governor's office:

"One way to protect consumers is to provide them with up-to-the-minute information on financial service providers," Governor Rendells said. "With this new Web site by the Department of Banking, consumers can sign up for free electronic updates to be kept apprised of any attempt to rip them off."

The new Web site, which went live early this morning is at www.banking.state.pa.us.

"Unfortunately, there are individuals and companies who want to prey on people," Governor Rendell said. "The information that will be provided through this Web site will empower consumers to make informed decisions about where they do business."

Making people AWARE is a key item in the fight against fraud!
Posted by Ed Dickson at 10:13 PM No comments:

The Social Solution to Internet Fraud

My last post was about trend setting legislation adressing identity theft being passed in California. To read the previous post go to Terminating Identity Theft in California .

Today, I read an article by James B. Kelleher from Reuters, which demonstrates the need for more of this legislation (worldwide). These laws can go a long way towards prosecuting the cyberscum that create 9 million victims a year in the United States alone.

Speaking at the Bank Card Conference here, John Shaughnessy, senior vice president for fraud prevention at Visa USA, and Suzanne Lynch, vice president for security and risk services at MasterCard International, said that organized crime rings — with the help, in many cases, of former Soviet KGB cryptographers — were successfully using the Internet and "crimeware" software programs to circumvent the defenses credit card issuers erected against them.

Another root cause of the problem are corporations, who put profitability ahead of their customers:

"While the criminals are increasingly savvy, Shaughnessy and Lynch said that in many cases they were inadvertently helped by sloppy security policies within the payment chain and by slip-ups by merchants, third-party processors or the credit card companies."

Both experts agree that the end is nowhere near in sight.

It's going to be difficult to build technical defenses, especially when some of these gangs (notably those from the former Soviet Union) are known to employ highly educated technical experts. There have also been reports that the gangs are working in collusion with each other, or networking.

For every measure created to address their activity, they seem to have the experts to come up with a countermeasure.

To attack the problem, we need to figure out why this activity is so lucrative. One answer is that the laws are lax and the chances of getting caught are minimal.

Creating laws with strict penalties is a step in the right direction! 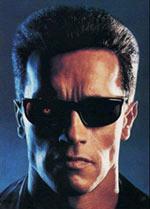 Senator Diane Feinstein was responsible for a law in California requiring victims to be notified by businesses and the government when their identities have been compromised. This law has had a far reaching effect on policy setting and is credited with starting a trend, both in the United States and beyond.

In January, she introduced more legislation to address the crime of identity theft.

"The Privacy Act – A comprehensive bill that would set a national standard for protecting personal information such as Social Security numbers, driver’s licenses, and medical and financial data, including information collected both online and offline. Modeled on California ’s financial privacy law, it requires companies to let consumers “opt in” before their most sensitive information is shared."

"The Notification of Risk to Personal Data Act – Modeled on California’s database security law, this bill would define as personal data an individual’s Social Security number, driver’s license number, state identification number, bank account number or credit card number; require a business or government entity to notify an individual when it appears that a hacker has obtained unencrypted personal data; levy fines by the FTC of $5,000 per violation or up to $25,000 per day while the violation persists; and allow California’s privacy law to remain in effect, but preempt conflicting state laws."

Following the trend set by Senator Feinstein, Governor Arnold Schwarzenegger (with the help of a lot of California politicians) is also working hard to protect the rights of people, who become victims of a crime that can ruin people's lives. He has recently signed the following laws into effect:

"SB 97 by Senator Kevin Murray (D-Los Angeles) - Commercial electronic mail: penalties.
SB 97 provides that a person who violates California's anti-spam law by sending unsolicited commercial electronic mail ("spam") has committed a misdemeanor punishable by a fine of not more than $1,000, imprisonment in a county jail for not more than six months, or by both the fine and imprisonment."

"SB 158 by Senator Michael J. Machado (D-Linden) - Powers of attorney: social security numbers.
SB 158 eliminates the requirement that one provide his or her Social Security Number on a power of attorney form and authorizes any party accepting the form to seek identification of the agent."

"SB 460 by Senator Bob Margett (R-Arcadia) - Offender access to personal information.
SB 460 expands existing law to prohibit any offender confined in a county facility or any inmate confined in the California Department of Corrections and Rehabilitation (DCR), from employment that provides access to the personal information of private individuals, by making the provisions of law applicable regardless of the commitment offense of the inmate."

"AB 361 by Assemblymember Sharon Runner (R-Lancaster) - Notaries public.
AB 361 provides that it is a misdemeanor for notaries public to willfully fail to perform the required duties of a notary and requires the court to revoke a notary's commission if the notary is convicted of a felony or for willfully failing to perform his or her duties. This bill also clarifies that the crime of forgery includes falsifying an acknowledgement of a notary."

"AB 1517 by Assemblymember Sharon Runner (R-Lancaster) - Department of Managed Health Care: employee information.
AB 1517 would permit the Department of Managed Health Care (DMHC) to run criminal background checks on any prospective employee whose duties would include access to medical information. This bill also requires the DMHC to conduct criminal background checks on any contractor, its employees, agents or subcontractors that, as a part of their contracts with the DMHC, will have access to medical records."

It's refreshing to see politicians ignore party lines to protect people from what is becoming the fastest growing crime of the century. I would like to commend Govenor Schwarzenegger, Senator Feinstein and the host of State Senators for their noteworthy efforts. These efforts will protect those they serve.

California is continuing the trend of enacting laws, which will (in my opinion) "terminate" the easy access cybercriminals have to all of our personal information.

You can support legislation (present and future) by letting your politicians know how you feel. Here are two sites to find out where to write:

In the United States go to: http://www.house.gov/writerep/.

In the United Kingdom go to: http://www.locata.co.uk/commons/.