Phishermen are Trolling MySpace for Victims

If your children use MySpace - or you use it yourself - here is a warning from Websense:

"Websense® Security Labs™ has discovered a phishing attack that attempts to steal the account information of MySpace.com users. A hyperlink is first delivered to victims via AOL Instant Messenger. Users who follow this link are taken to a fraudulent website that spoofs the MySpace.com login page. This page captures their MySpace account information and then forwards the user to the actual MySpace.com website."

"The fraudulent site also sets a cookie on the victim's computer, which prevents the phishing attack from being displayed on any subsequent visits."

The phishing site is located in California and was up at the time of this alert.

For the full alert, along with a screen shot of the phishing site, link here.

MySpace is a hugely popular site (and when anything becomes popular) it attracts what I refer to as the cyber-scum element.

Here is an interesting article from MSNBC and Rob Stafford. If you are a user of MySpace, or care about someone who is a user, this is a great resource with information on how to navigate the waters of MySpace safely.

While I'm not sure what the intention is in "phishing" the waters at MySpace, a smart person is extremely careful before giving out any personal information on the Internet!

Here is a recent post, I wrote about how these "Internet Child Abusers" are going to be targeted through their financial transactions:

In case anyone is unfamiliar with Phishing, here is a place to start learning:

Internet Crimes are On the Rise and Deadlier than Ever
Posted by Ed Dickson at 6:22 PM No comments:

Is the Latest Congressional Scandal a Nigerian Fraud 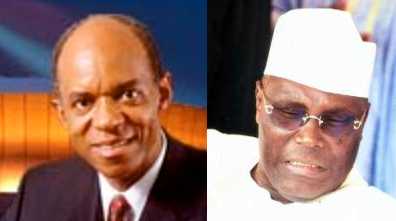 To try to get some commentary on this, I went to Congressman Jefferson's site. The only thing I found "interesting" was a message to the "Katrina Victims." Unfortunately, Katrina has now - ALSO - proven to be a fraud-ridden event.
Now the AP is briefly mentioning that the Vice President of Nigeria was the intended recipient of the bribe and the African Press is discussing it in more detail.

As reported by the AP:

While the name of the intended recipient of the $100,000 is blacked out, other details in the affidavit indicate he is Abubakar Atiku, Nigeria's vice president. He owns a home in Potomac, Maryland, that authorities have searched as part of the Jefferson investigation.

For the full story from the AP, courtesy of W-TOL in Toledo, Ohio, link here.

Nigeria has received a lot of bad press for being the "point of origin" for fraud schemes that have victimized people worldwide. In the past few years, President Olusegun Obasanjo has come down hard on fraud and with the help of his EFCC (Economic Financial Crimes Commission) prosecuted a lot of high profile cases, which were well publicized.

Here is a description of Nigerian fraud that I wrote in an earlier post:

"Nigeria is one of main sources for all sorts of Advance fee fraud (419) fraud scams. The Advance Fee scam is where a ruse is used to get a victim to send them money (nowadays normally wire-transfer) in anticipation of riches (or sometimes love) to come. The best known is the "Nigerian Letter," but the activity has mutated into romance, lottery, auction, check cashing, work at home and reshipping scams."
While the fraud that is exported from Nigeria is what we read about all the time, there is considerable evidence that fraud in Nigeria (at least historically) exists at all levels. The current President (Obasanjo) has led a very public campaign against corruption within Nigeria and is credited with making great strides in this area.

It will be interesting to see if the EFCC investigates the Vice President. AllAfrica.com is reporting the story, which quotes Atiku as saying Jefferson was name dropping and obviously committing a 419 (Nigerian Penal Code for Advance Fee) scam. In all fairness, most of the money was still in Congressman Jefferson's freezer, and he did indicate to the "informant" that the money had reached the intended recipient.
Please note that other fraudsters impersonating Nigerian fraud is nothing new. In the past, I've seen other groups do scams - which were made to look as if they came from Nigeria.
However, BiafraNigerianWorld.com wrote an article about the "mysterious" mansion in Potomac, and it's (legal) owner, Jennifer Douglas. According to BiAfra Nigerian World, the mansion was purchased after Atiku became Vice-President and Jennifer Douglas - who they describe as one of Atiku's many wives - is a student with no verifable income. Their article states that Ms. Douglas has left the United States and returned to Nigeria. The AP article states that this mansion, if they are one and the same, belongs to Atiku and makes no mention of Ms. Douglas.
BiAfra Nigerian World has a link to Maryland Property records showing Jennifer Douglas as the owner.
Another item mentioned in all the artices was a telecommunications deal with Nigeria, where the owner of the U.S. company in question has already pled guilty to giving Congressman Jefferson $400,000.00 to seal deals with Nigeria and "other African countries.
Link to the story from BiafraNigerianWorld.com, here.
The AP doesn't seem to come to any conclusions and the FBI isn't commenting yet, which could mean the matter is still under investigation.
The FBI recently added a page to their website, where the public can report government fraud.
Considering the recent activity with Tom Delay, Randy (Duke) Cunningham and now this investigation, they seem to be pretty busy in this arena.
Here are some previous posts, I've done on Nigerian Fraud:

419 From the Other Side of the Fence