ATM Machines That Clone Your Card

I received an e-mail showing how ATM skimming (stealing card information complete with PIN) has become more advanced with the advent of portable devices and wireless technology. Being leery of e-mail, I researched recent articles to validate this activity.

One of the articles, I researched was from NewsMax.com by Bruce Mandelblit, which can be seen, here.

Here is the text of the e-mail, I received:

"A team of organized criminals are installing equipment on legitimate bank ATM's in at least 2 regions to steal both the ATM card number and the PIN. The team sits nearby in a car receiving the information transmitted wirelessly over weekends and evenings from equipment they install on the front of the ATM (see photos).

If you see an attachment like this, do not use the ATM and report it immediately to the bank using the 800 number or phone on the front of the ATM."

The equipment used to capture your ATM card number and PIN are cleverly disguised to look like normal ATM equipment. A "skimmer" is mounted to the front of the normal ATM card slot that reads the ATM card number and transmits it to the criminals sitting in a nearby car. At the same time, a wireless camera is disguised to look like a leaflet holder and is mounted in a position to view ATM PIN entries.

The thieves copy the cards and use the PIN numbers to withdraw thousands from many accounts in a very short time directly from the bank ATM."

I also found the pictures of this on Snopes.com. Snopes is a site that reports on urban legends and whether, or not they are true. They list this one as true and based on my independent research, I believe they are right. Note that this method is being reported in Europe, South America, North America and Asia.

This activity has been around for a few years. In the past, it was primarily done in small retailers, where the skimming device was behind the counter and the camera was over the keypad. It was also done by setting up ATM machines that were completely fake. It's always a GOOD IDEA to conceal your actions when entering your PIN. When you do this, the camera doesn't record your PIN number and they can't clone your card.

I've written a little about this phenomonen (skimming), which I update every so often. All the posts can be viewed, here.

Here is a picture of a ATM Machine after being compromised. 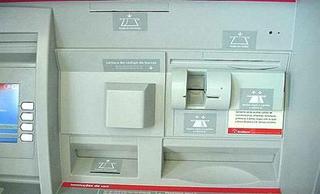 They attach a device over the card slot on the legitimate ATM, which reads the magnetic information. Using the latest wireless technology, it is normally transmitted to fraudsters in a nearby vehicle. 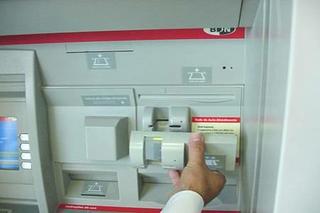 Your ATM is protected by a PIN, but these criminals have a solution for this too. They install a hidden camera, again using the latest technology (wireless) and the PIN is digitally recorded. 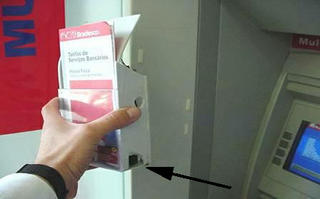 Here is a picture of the compromised ATM with the camera installed. 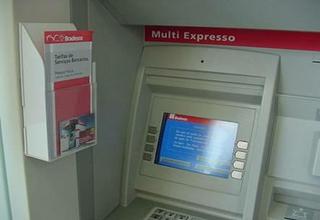 Thanks, Ted. So very helpful, especially the info on ATM debit card cloning. Will watch for that and have sent your info to my family and friends. Much appreciated.

These storys make great headlines, but, one thing noone hs tlked about is ho do they find replica parts to blend in and mount to atms?

I know this sounds odd, but it just happened to me in the last 24 hours.

I'm usually very protected, but I guess somewhere along the line I let my guard down.

My checking account is wiped clean and now I'm dealing with my bank and trying to get my money back ASAP. Thanks for the helpful information.

Just happened to me today!
I has no idea. Unreal! Nearly
cleaned me out in a day's activity!

what about the security cameras? i wonder if they were able to identify the people who did this.

where the skimming device was behind the counter and the camera was over the keypad. It was also done by setting up ATM machines that were completely fake. NDT Machine