We Can No Longer Allow Criminals to Control Our Borders 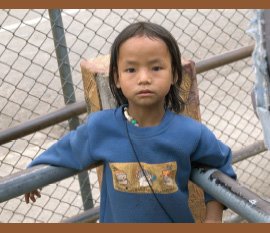 In the post 9-11 environment, it was inevitable that illegal immigration could no longer be ignored. Not only does it create a security issue, but many States are going bankrupt funding the social programs that support it.

I've often thought it was unfair that businesses benefit from cheap labor and the taxpayer pays the tab.

This weekend, thousands are marching in protest of new laws intended to stem the flow of illegal immigration into the United States. Here is a current story by Reuters:

BUT there are security issues to consider. Illegal immigration is run by organized crime, no matter where the immigrants originate from. To work, most of these people need fake identification, which again are obtained from criminals.

In addition to this, many immigrants are forced to work in illegal activities to repay the criminals, who brought them over the border. The facts are that many illegal immigrants are horribly exploited.

AND illegal immigration isn't a problem just in the United States.

The State Department also published the 2005 Trafficking in Persons Report, which covers activity in 150 countries.

A lot of illegal immigrants are forced into slave labor, sexual exploitation and many other criminal acts. The people, who run this industry are not good people.

Sadly enough, it probably took 9-11 and the war on terrorism to bring this all to the forefront. Besides the obvious threat from fanatics, we need to stop people from being victimized by the trade in human flesh.

The bottom line is that we can no longer afford to let criminals control our borders. As we do this, we need also need to find kinder ways to allow immigration and protect the immigrants from being exploited.

There has to be a better way.
Posted by Ed Dickson at 6:30 PM

Though it may seem counter-intuitive, open immigration is the only way to secure the border.

Today, many american citizens ignore the undocumented status of aliens, becase they assume that those aliens are honest folk who simply want to make a living. If the US lets such folk in legally, with proper documentation, people would know that any other undocumented people are not kosher.

Imagine that no honest person would want to cross into the US illegally. As a consequence, citizens would readily report the few crooks who do. The only way to make the border safe is to allow for a large amounts of well-controlled, legal immigration. The only other way I can think of is to make Mexico the 51st state, and then patrol their -- much shorter -- southern border.

To my mind, the main change should be to grant amnesty to the 11 million Mexicans who are here, and then allow about 2 million to come over legally every year. The consequence of this will be to make the U.S. a safer place.

How about using fiscal, trade and the tourist trade to make demands of Mexico's government to change their wicked ways. Criminal's running THIER country make the bulk of THIER citizens want to leave THIER home country for 'a better life' north of the border. - We need to be real about this. The bulk of the ILLEGAL immigration comes from Mexico. They stop the people coming through THEIR southern border and do nothing to stop THIER own citizens from breaking U.S. laws and illegally entering the U.S.

This does not preclude returning those from other nations but as said, the bulk come from Mexico.

We need to remind our elected officials that the bulk of these people breaking our laws can not and do not VOTE!
- Write your congress and senators -

Tired Immigrant,
This sounds fine. The only question I've got is: how many of the illegals from Mexico can be properly documented so that we really know who they are. Can that class of people (and don't try to tell me that Mexico is a classless society) get documentation from Mexico? And, if so, is it worth a fly's behind?