BCCI, The Beginning of the Globalization of Fraud? 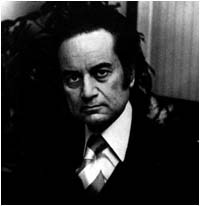 The beginning of the globalization of fraud (largely attributed to the internet) might also have it's roots in a bank known as the Bank of Credit and Commerce (BCCI). Started in the late 70's in Pakistan, it essentially provided a "money laundering" operation for a wide range of criminals. There is evidence that several governments and world organizations turned a "blind eye" to what it was doing.

Of course in that era, we were fighting the good fight against the USSR in Afghanistan and supporting the Contras. Money for both of these causes filtered through the BCCI. Interestingly enough, in those days, Osama Bin Laden was on the same side of the fence as we were.

When the good fight was over in Afghanistan and with the subsequent fall of the "Evil Empire" (USSR), we essentially abandoned ship there. Subsequently, this lead to years of civil war, crimes against humanity and the rise of the Taliban. Given the ties to the Osama Bin Laden and the worldwide terrorist network that ensued, it makes one wonder if in a small part ignoring the massive fraud committed by the BCCI contributed to this.

Ironically, today, we have our young men and women in harm's way in Afghanistan, a country that has historically never been controlled by any outside force. Meanwhile, the former USSR has given birth to a worldwide fraud network.

Here is a transcript of the Congressional Investigation into BCCI, headed up by none other that John Kerry. It is very eye opening.