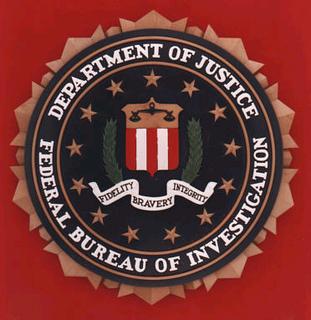 As predicted, the cyberscum element is jumping on the fraud band wagon in the wake of the Katrina disaster. According to Louis Reigel (FBI assistant director Cybercrimes), "There were roughly 2,300 Katrina-related sites by midday Thursday. The number had more than doubled just since Tuesday. New sites are popping up faster than we can pound them down. The number of sites and the money being donated already exceeds what the FBI saw following the tsunami."

Before I move on with this post, you can help the FBI deal with cyberscum by reporting suspicious activity on line at the Internet Fraud Complaint Center. Although, you are unlikely to get a reply, or find out what happens due to the confidential nature of criminal investigations, the information can be valuable intelligence to the authorities.

In fact, U.S. Attorney General Alberto R. Gonzales has announced that they will form the "Hurricane Katrina Fraud Task Force." The task force will be run by Assistant Attorney General Alice Fisher and will include resources several agencies including the Postal Inspectors, FBI and Federal Trade Commission.

Of the roughly 2300 suspected sites, the FBI has only been able to look at 800 of them. The majority of them (60 percent) are international. Please note that not all of these are fraud related, but many will probably prove to be scam sites.

Here is a story that hit the press about someone, who was already caught. Matthew Schmeider of Pittsburgh, Pennsylvania sent out thousands of SPAM e-mails from the phony international aid group dubbed "Mercy Corps." When he was caught, he admitted he was going to use some of the money himself, but of course, he also intended to send some of it to legitimate charities. Schmeider had only received $150.00 in donations when he was confronted by the authorities.

As I have said in previous posts, the best way to a donation is directly to charities that are recognized as legitimate. There are third party entities that solicit, but if you give to them, they take a cut of the proceeds for their efforts. There is a previous post I did, which has a lot of resources on legitimate charities and how to check out if any charity is legitimate: http://fraudwar.blogspot.com/2005/09/being-prudent-in-donating-money.html.

The level of activity being reported is astronomical and seems to be everything from Spam marketing scams for sexual aids to phishing and pharming activity related to financial and identity theft. Security experts are also warning that "cybernasties" (trojans, malware, spyware etc.) are being embedded in pictures of the disaster sent out on Spam e-mails. Best bet is to not open anything with pictures and never download anything that is suspicious.

Here is a link to a page from Scambusters (which is highly recommended) on a lot of the Katrina Scams: http://www.scambusters.org/hurricanekatrinascams.html.

Hi, I was surfing the internet and came across your blog. I'm quite impressed , with how it makes such good reading.

This is one to watch.