International investigation in Nigeria regarding counterfeit checks could lead to arrests, worldwide 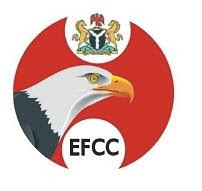 A joint operation by the Economic and Financial Crimes Commission, United States Postal Inspection Service and the United Kingdom Serious Organized Crimes Agency has substantiated that a lot of counterfeit checks are being shipped via mail out of Nigeria.

From This Day courtesy of AllAfrica.com:

A statement by Osita Nwajah Head, Media & Publicity of EFCC said the exercise is the first multi-national interdiction operation of outward bound packages in the country. It saw agents of the three law enforcement agencies poring through tones of outward bound packages in the pre-exporting mail processing centres of the Nigerian Postal Service (NIPOST) and private courier companies like FedEx, UPS and DHL. The operation produced startling discoveries of how criminal elements operating from the country ship fake documents and counterfeit financial instruments abroad. In several packages were found fraudulent identification and counterfeit financial instruments neatly concealed in carbon paper to evade the sensors of scanners.

Thus far, according to the report, no arrests have been made. The checks used in different variations of the advance fee scam are normally mailed in quantity to distributors and then mailed to the individual victims to cash. My guess is that this effort was to gather evidence, which will enable law enforcement to tie in the counterfeit checks to criminals in several different countries.

To substantiate this guess, the article in This Day states:

Similar interdiction operations were carried out simultaneously in Spain, the Netherlands, United Kingdom, Canada and the United States. The global initiative against 419 scam will climax with an international press conference in Washington DC, to be conducted by Chief Executives of selected law enforcement agencies around the world. The EFCC is one of the agencies invited, the statement pointed out.

In an advance fee scam, social engineering ploys (trickery) are used to dupe people into cashing these bogus financial instruments and wiring the money back to the criminals behind the scheme.

When the check is discovered to be fraudulent, anywhere from right on the spot to about ten days later, the person passing the item is left holding the bag. This can translate into a loss of their freedom (getting arrested), being held financially liable, or a combination of both these consequences.

Interestingly enough, the report states that fraudulent identification documents were being shipped along with the counterfeit checks. This might lead some to speculate that not all of these items are intended to be pawned off on advance fee victims. Counterfeit checks and counterfeit identification documents are a well-known combination used by individuals, or groups committing the more intentional variety of check fraud.

Advance fee victims are duped into using their own information to cash the items.

A new trend has been noted called reverse scamming, also. This occurs when scammers have the bogus instruments sent to them, cash them and then never follow the instructions to wire the money.

If confronted, these reverse scammers will always proclaim (loudly) to be victims, however if they don't wire any money anywhere, their intent in passing the item is pretty obvious.

Hopefully, enough evidence has been gathered in this operation to prosecute fraudsters all over Europe and North America, as well as in Nigeria.

The Economic and Financial Crimes Commission's motto is "The EFCC will get you anywhere .....anytime." With a little luck, this investigation might end up proving how true this statement is!

A lot of people are led to believe that advance fee scams are all from Nigeria. Although some of them are, Nigeria isn't the only point of origin for this activity. In fact, because of all the press on Nigerian scams, I've seen a lot of these other advance fee fraudsters impersonate Nigerians to lay the blame, elsewhere.

Counterfeit money orders, gift and travelers cheques have been circulating in these scams in the recent past, also.

I've written other posts about how the EFCC goes after criminal activity, here.
Posted by Ed Dickson at 6:13 PM

Well, file that story under "it's about time." it's probably safe to say that over the last 20 years, hundreds of thousands of Americans have been victimized by advance fee scams, also called 419 or Nigerian letter scams (although they don't ALL originate from Nigeria). The cost to victims is into the billions of dollars. And some of the victims are also arrested and convicted for participating in money laundering and wire fraud. Sometimes they are culpabl, other times, mostly duped. I just got a call this week from a guy that was almost seduced by an anonymous MySpace-er of commiting wire fraud and losing thousands of dollars of his own money. Pretty much because he's single and maybe a bit lonely.

I certainly hope they move fast in relaying the addresses those packages were being mailed to. Some of the criminals on this end will be running soon.

I keep getting these fee advance emails yes all of them from NIGERIA. would someone catch these jerks they belong behind BARS forever.........-